We weren't supposed to get results to David's full exome sequencing until December or January. But we got a call about 2 weeks ago with results. For those that don't know, this test is one that we have been trying to get covered by insurance for YEARS. And we were finally able to proceed with testing this past July. The test sequences every known gene to find genetic abnormalities. It was our last chance to get a conclusive diagnosis for David. There is no further testing after this. 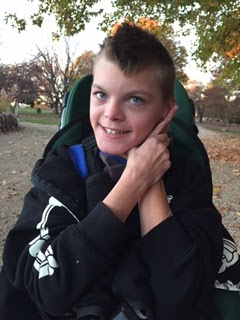 The genetic counselor's words: "They found nothing. It's normal. We're in shock." I have to tell you. I knew this was a possibility. We've been told every other test David has ever had was normal. When normal is the last thing you really see when you first see him. Our very kind & wonderul genetics doctor was pretty confident that we could have an answer from this test. But we don't. My heart must have been a lot more optimistic than my brain. Because I took this news really hard. I was quite literally heartbroken. I cried. I got mad. Because this test was IT. We have no other chances. 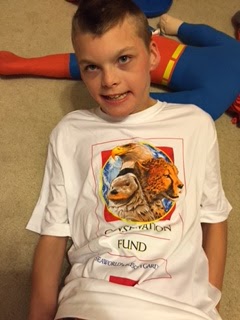 There could be some variances to the test. The genetics office doesn't have those yet. But they said if there are variances, they are on genes that are unknown. And that's why they weren't included with the initial results. They requested them, and we'll see what they say. But they won't give us an answer. 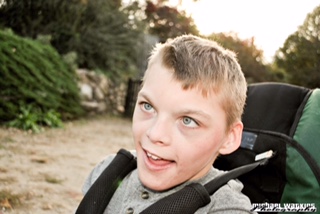 Some have questioned why we pursued such extensive testing. While we are fully aware that a conclusive diagnosis won't change our David Webb, it could change the way Kyle approaches having his own children some day. I hope Kyle knows that we tried so hard for him. Not knowing, he and his future wife will have to rely heavily on their faith to lead them to a decision. I hope he knows how much I prayed when I got pregnant with him & my faith persevered & God gave him to us. 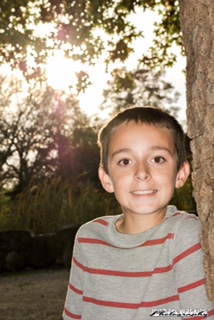 I feel a lot better than I did two weeks ago when I got that phone call. I was so sad & disappointed. But then I look at David and marvel in the wonder that I get to love someone so unique. Kyle took the news well. His exact words were "I think it's so cool that David is really one in a gazillion."

Psalm 139:14
"I praise you because I am fearfully and wonderfully made; your works are wonderful, I know that full well."

We are all works of God. So fearfully and wonderfully made.
Posted by Natalie at 1:31 PM 1 comment: