Let's talk about this kid. 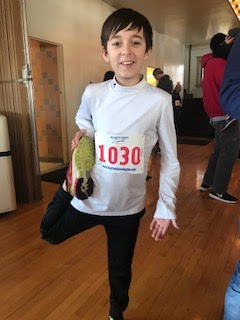 I know his birthday is next month and you'll get my typical birthday post for him. He'll be 12 though. So he's not into the super sappy, lovey-dovey kind of posts anymore. Haha. And I'll respect that. I'll come up with something to write for him that won't embarrass him.


But for real. How could I have done the last 4 weeks without him? David got really sick on March 9th. He has now missed a total of 3 full weeks of school. I know one of those weeks was his spring break. But if I'm honest with myself, he wouldn't have made it back then anyway. He even stayed home today.

And I felt guilty. We NORMALLY take a day trip over spring break with the boys. We were unable to this year because of all the sickness (I've been under the weather as well). But when David is sick-the world moves around him. At least within these walls. We sleep when he sleeps. We're awake when he's awake. We take temps and we suction and we medicate, and we snuggle. All on his terms.
And Kyle takes a backseat.

That makes me feel HORRIBLE. I'm talking about feeling lower than low. When you have to essentially "favor" one of your kids over another one-it breaks my heart.

Kyle rarely makes me feel like a horrible mom. He didn't complain once that we had the lowest key spring break that we've ever had in the history of spring breaks. He let me nap when David was napping. He didn't bother me to get him meals, to ask for snacks, etc. He took care of the dogs and kept to himself in his room. Basically because I asked him to. To avoid the world of germs that he was the only one spared from. 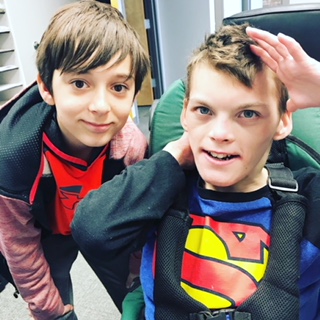 He came running when called if I needed a bag for a dirty diaper, help finding the thermometer, running for washcloths, towels, and water bottles. He worried from a distance. I know he did. But he held it together. Which is new. He usually falls apart with me. He may not be growing much. But he's certainly growing up. 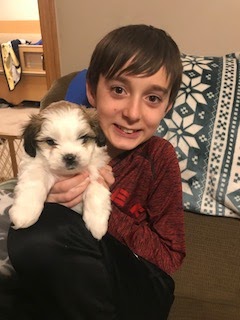 Sometimes I worry for him. Socially, he can be quite awkward. He has a small circle of close friends and a wide circle of decent friends/acquaintances. And he likes to keep it that way. He entertains himself with video games, Youtube, and reading. When the weather is nice, he loves to be outside.

He rarely asks for much. He started track this year. And we've talked to him multiple times about us not being able to attend a lot of his meets because of David. He has been so wonderful about that. I know he completely understands. But I hate for him to be disappointed if we're not there. Even though I know he doesn't expect it. 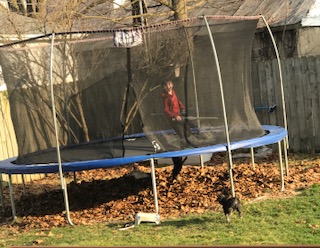 The other day I found him outside jumping on the trampoline. He took a nerf sword out and was just having a grand old time. He was laughing and bouncing without a care in the world. As I watched him, I felt a weight in my heart. A guilt. I wish I could have given him another sibling to play with. If we didn't have a child with disabilities, I know I would have had more children. 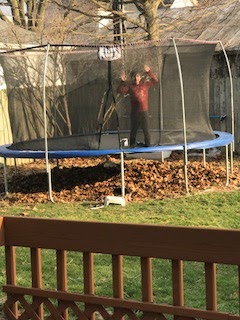 And that's quite ok. Knowing now what we didn't know almost 12 years ago (25% chance of having another child with You-Hoover-Fong), I know I wouldn't have spun the roulette wheel again. I wouldn't have chanced it. So God really knew what he was doing in the whole search for a diagnosis for David. Because of the long wait, I got me a Kyle. And I don't think I could ask for a more precious gift.

*I feel as if I should just say that while Kyle is wonderful......he's still a preteen boy with lots of attitude and sometimes disrespect. LOL. Pretty much like every other preteen child. Which is actually a blessing. I could have a child much unlike the norm. And I'm super grateful for the opportunity and lack of sanity sometimes, to be raising a normal child.*