How I Failed at Parenting This Summer

This summer was tough on me. I mean TOUGH. Michael started working crazy hours back in May and it continued through August. Which means I took the kids with me to work WAY more than I thought I would have to.

Kyle is easy at work. Give him a phone and sometimes his favorite cousin and he could be entertained for hours.

David is not easy. At all. The first few times we were there on a regular basis, he was fine. He was happy to explore a new territory. I let him scoot around the office freely. Until he busted his head back open. Along with the huge gash knee. And the cuts and scrapes on his elbows and arms. As well as the terrible bruising along his spine. I knew he could no longer be free.

So we tried the wheelchair. He hated not being able to move. He cried a lot. He thrashed around a ton. So I brought his blue tumbleforms chair. It worked for a little while. But he eventually figured out how to dive face-first out of it onto the office floor in front of him.

He peed through every pair of shorts that I brought with me. Every time we were there. He refused to wear a shirt. Sometimes going shirtless would ease his frustration and anger, so we just went with that as a dress code for him while we were there.

Needless to say, it was hard for me to concentrate with him there. I have never been so grateful for school to start. I miss him. But I just can't be functional while David is at work with me.

I know we shouldn't grade ourselves compared to other parents. But I often do.

I had so many things I wanted to do with the kids this summer. But by the end of the day, I was exhausted. Michael was tired as well. But when he got home from work, several days a week I escaped to a friend's house for some me time. We self-tanned, shaved faces (ask me about the tinkle razors-seriously life changing), ate food that wasn't good for us, drank adult drinks, and just talked. I never knew how much I needed time for myself. But I did. And while I still feel badly for ditching my children as soon as dinner was over, I NEEDED to. And they survived.

Speaking of dinner........Let's chat about what my family ate for meals this summer. Occasionally for breakfast, we'd make scrambled eggs. But most of the time Kyle just ate cold pizza. Or 4 (yes-4) almonds. And I didn't care. For lunch----he ate junk. Seriously. Slim Jims and popsicles galore. And it was ok. For dinner. Goodness. I don't think I shopped with a complete dinner list and grocery list made all summer. Michael grilled out a lot. We foraged around in the refrigerator and freezer a lot for scraps of food that could possibly turn into a meal. Magically. Because I usually didn't have items to make a complete meal out of anything. David ate the most nutritiously here, getting his 6 cans of Ensure daily as well as all of his necessary medications. That is one thing that I did not falter with. But poor Michael and Kyle. We ate like crap. And we survived.

Those things that I wanted to do with the kids. They didn't happen. I was either too tired, or David was too fussy. Or I just didn't feel like loading David into and out of the van multiple times and pack a diaper bag and guess how many changes of clothes, or how many diapers we might need. Mentally, I just didn't want to do it. Kyle played way too many video games and watched numerous Minecraft and Try Not to Laugh videos on YouTube. And he survived.

I often felt like I was drowning this summer. I could barely keep up on laundry, bills, cleaning, or life. I felt like I failed immensely. I know I drank too much. More than I usually do in the summer. Give me all the fruity drinks in the world. Michael has taken up whiskey. LOL

But despite us being a hot mess ALL SUMMER LONG......those kids were never loved any less by myself or Michael. We made it. We still managed to take a vacation, Kyle managed to get to the pool, run his first 10K, jump on the trampoline, read some giant books, and play with old and new friends. I was looking  back on my phone at all the pictures I've taken. And my kids (mostly) had smiles on their faces and there were memories to be had by all.

So did I really fail at parenting? I think I might have quite possibly made it through with a passing grade (probably not more than a C though). We had our rough moments. But we had great ones as well. 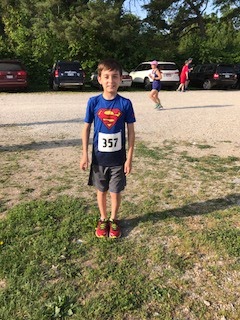 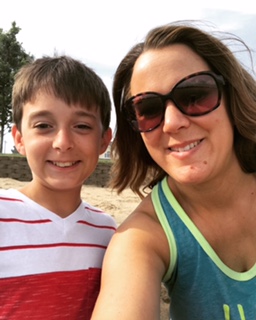 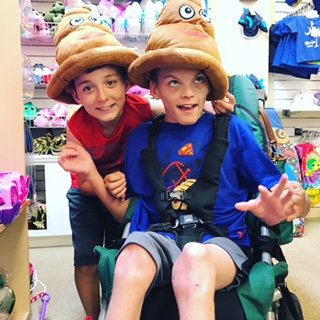 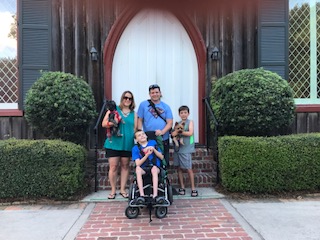 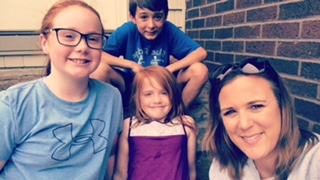 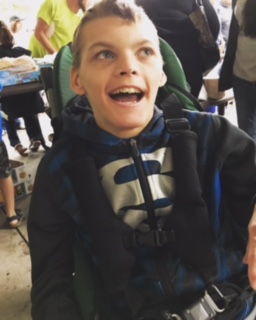 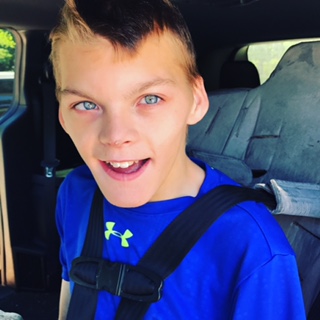 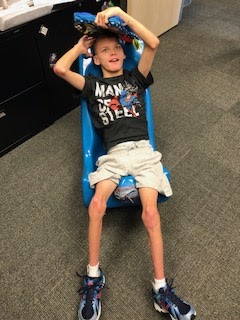 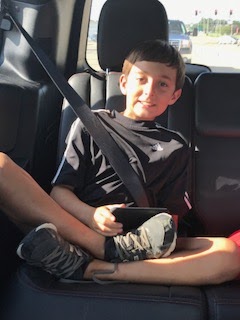 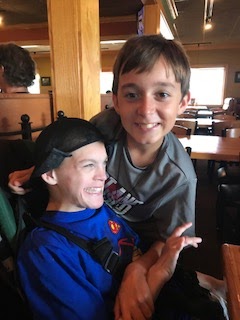 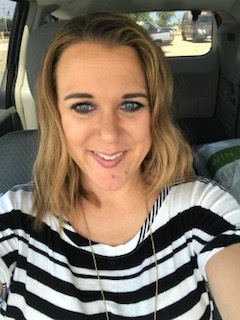 Posted by Natalie at 1:28 PM No comments: